Skip to content
The 110 Arts Cooperative and The Post at 750 are addressing the ever-changing situation surrounding the COVID-19 pandemic.

The health and safety of renters and permanent companies is our highest priority, and we’re monitoring the currently low Canadian public health risk associated with COVID-19. We’re following all governmental guidelines, and following the Public Health Agency of Canada, BC Centre for Disease Control and Vancouver Coastal Health recommendations.

As part of The Post at 750’s phased re-opening of studio rentals, we are accepting limited studio rental enquiries.

At this time we are unfortunately not accepting dancers into the space.

We appreciate your patience during this time. We will be reassessing and updating regularly.

Should you require additional information please do not hesitate to email: [email protected]

We acknowledge that The Post at 750 is situated on the unceded, occupied, ancestral and traditional lands of the xʷməθkwəy̓əm (Musqueam), Skwxwú7mesh (Squamish), and Səl̓ílwətaʔ/Selilwitulh (Tsleil-Waututh) Nations.

The 110 Arts Cooperative Board of Directors is comprised of 2 representatives from each of our member organizations, one of whom is a staff member and one from that organization’s own board of directors. While sitting on the board, these individuals make consensus-based decisions that are in the best interest of the 110 Arts Cooperative, as what benefits the co-op also benefits our members.

If you’d like to know more about the Co-op Business Model, bcca.coop is the place to go.

David Pay is the founder and Artistic Director of Vancouver’s Music on Main for which he has earned an international reputation as one of today’s leading-edge classical and contemporary music programmers.  Since 2006, the series has produced more than 350 classical, new, and genre-bending music events with in excess of 1000 musicians and over 100 world premieres, leading The Huffington Post to write that Dave’s programming has “spanned the range of human experience.”

He has served on faculty at The Banff Centre and Capilano University and was Artistic Director of the ISCM World New Music Days 2017 held in Vancouver. 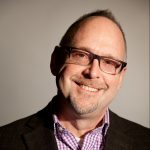 Director. Much of his career has involved championing new work and Canadian playwrights and he is proud and happy to be back home working in Vancouver’s resilient and inspiring cultural community. He has received multiple awards as a director, has directed across Canada, including for National Arts Centre, Canadian Stage, Shaw Festival, The Arts Club Theatre, The Vancouver Playhouse, Royal Manitoba Theatre Centre, Theatre Calgary, Axis Theatre, Carousel Theatre and productions in Scotland and Australia. Roy has had the great pleasure of working with many incredible theatre makers since graduating from Studio 58 a long, long time ago.

Selina Crammond is the Director of Programming at DOXA Documentary Film Festival. She is passionate about all things people, art and social justice. Selina has worked and volunteered with a number of organizations including Vancouver International Film Festival, CBC Radio, CiTR Radio and Girls Rock Camp Vancouver. Her love for the arts extends to her downtime as she plays drums in Supermoon, currently signed to Mint Records. Selina earned a degree in Communication and Film Studies from Simon Fraser University (SFU) and is an associate of SFU’s Institute for Humanities.

Peter ter Weeme is EVP, Purpose and Brand Citizenship for Elevator Strategy, a Vancouver-based marketing and communications firm that works at the intersection of data, emerging technologies and social purpose. A 25-year veteran of the sustainability movement and expertise in marketing and communications, sustainability issues, and business strategy, his professional experience spans the world of corporate, government and non-profit clients in North America, Europe and Asia. With an MBA specializing in environmental management, he has founded and grown two successful consultancies and led the marketing and communications at Mountain Equipment Co-op (www.mec.ca) from 2001-2006. Peter is Vice President of the PuSh International Performing Arts Festival and has previously co-chaired the Vancity Community Foundation and chaired Canadian Business for Social Responsibility. He has also been an advisor to a variety of other organizations working on environmental and social initiatives.

Chris Sklar is an Architect and Principal of Lodge Architecture. Born and raised in Vancouver, Chris travelled the world working for award-winning firms in Rotterdam, Berlin, and New York before returning home to hang up his shingle in 2017.

Chris grew up listening to classical music with his family and, as a young man, worked at Vancouver’s Magic Flute. The record shop helped connect Chris to Vancouver’s rich music community and form relationships that continue today on the board of Music on Main.